5 ways to mentally stay afloat in the pool 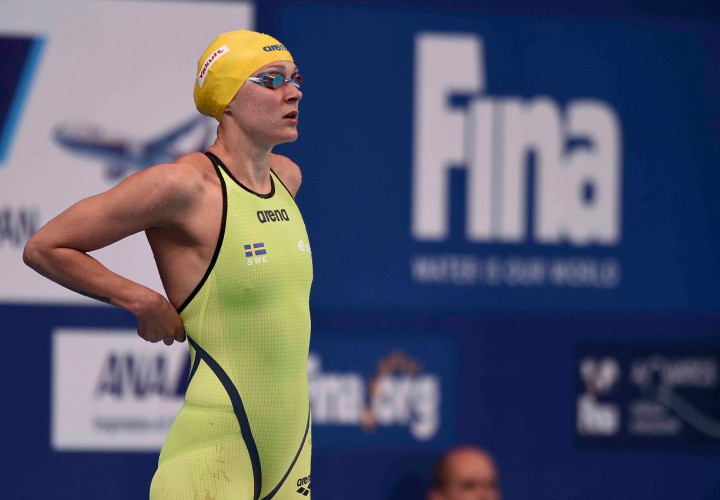 Throughout our swimming careers, most of us have been told that in order to become the best of the best, we must be physically conditioned to the utmost of our ability. The longer we train in the pool and the heavier we lift in the weights room the better athlete we will become.

However, this is only true to an extent.

Too often, high school and college swimmers forget about the most vital aspect of sport: the mind. We physically train as hard as we can year-round, doing everything possible to ensure success and satisfaction, only to stand behind the block and realise that we have failed to exercise our the most powerful aspect.

According to Jack J. Lesyk from the Ohio Center for Sport Psychology, successful athletes practice and master mental skills that enhance their performance in practice as well as competition. Such skills are believed to not only achieve success in sports, but also in other areas of life.

Here are five mental skills, recommended by the Ohio Center of Sport Psychology, which will help prevent discouragement help you go from being a good athlete, to becoming a great athlete. Maintaining a positive attitude is one of the toughest challenges for athletes, especially when things aren’t going our way. Lesyk believes that successful athletes recognize that attitude is merely a choice, and that there are several ways to maintain a positive outlook on your sport. In order to avoid a negative attitude from stemming, Lesyk proposes that athletes should consider viewing their sport as an opportunity to learn from their successes and failures, and to compete against themselves, rather than solely their opposition. Athletes should focus on pursuing excellence instead of pursuing perfection, a task that usually leaves athletes discouraged and dissatisfied. Find a healthy balance between their sport and their lives outside of their sport; this can help avoid unhealthy obsession, which can lead to excessive pressure, unrealistic goals and consequent negativity. Although most athletes are aware that goal-setting is a method of improving performance, many are not aware of the type of goals that should be set. Lesyk emphasises that both long-term and short-term goals should be time-oriented, realistic and measurable. Athletes should also attempt to develop specific plans for attaining their goals based on their current performance levels, rather than previous or idealistic performance levels.

Once such goals have been established, the next step is making the commitment to stick with the goals. Find a way to drill the goal into your memory– whether it’s by repeating it yourself when you swim, or writing it down and keeping in your locker. Either way, the constant reminder will drive you crazy but only for the better. Another mental exercise that many athletes have touched upon throughout their careers is self-talk. According to Lesyk, its purpose is to maintain self-confidence during difficult periods, which vary from a hard training set, to recovering from an ugly race. Some athletes fail to see the benefit of the exercise, but if it is used to regulate thoughts, feelings and behaviors during competition, it can only enhance athletic performance. Lesyk suggests that athletes should attempt to self-talk as though they are talking to a best friend: encouraging, understanding and motivating. Mental imagery is a simple skill that has proven effective when it is mastered and used regularly. It is apparent that it’s a method of preparation for competition as we, as athletes, imagine ourselves performing well. However, Lesyk states that athletes should use mental imagery to not only prepare for action, but also recover from errors and poor performances. These mental images should be detailed, specific and realistic, like attitude, focusing on excellence rather than perfection. Instead of visualizing the race as a whole before your actual performance, imagine snippets of the race during the week that builds up to meet. As you add a new image each day, and consequently piece them together one by one, you will become familiar with what you are visualising and should have a large portion of your race visualised in your mind by race day.

5. Dealing With Anxiety And Emotions Anxiety and emotions can be blamed for primarily contributing toward negativity and discouragement. However, rather than fighting such emotions, Lesyk believes that athletes should accept them as part of the sport, and realize that a certain degree of anxiety can actually help enhance performance instead of solely negate it. Athletes should also know how to reduce anxiety when it becomes overwhelming, by using aforementioned techniques such as self-talk or mental imagery.

We use cookies to ensure that we give you the best experience on our website. If you continue to use this site we will assume that you are happy with it.Ok