Why You Shouldn’t Breathe Into the Walls 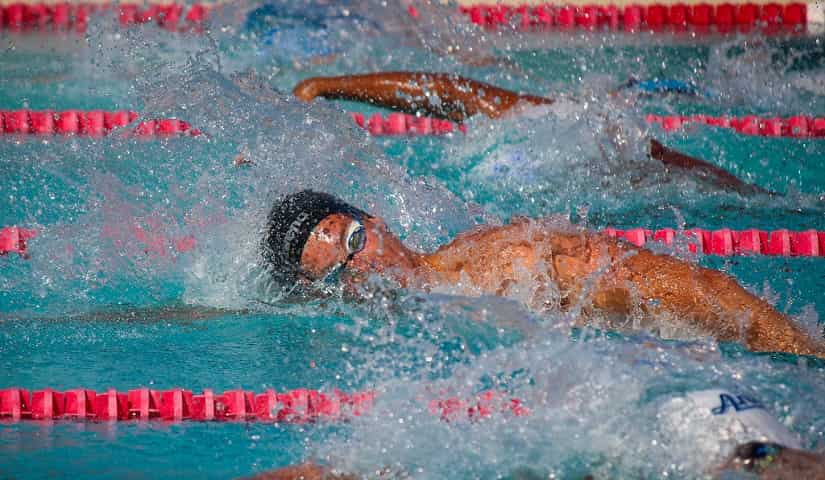 If your coach has told you once, he’s told you a thousand times–“Don’t breathe into the walls!” But did you know that you can swim drastically faster by doing this one simple little thing? Here’s how.

Ever wonder why your coach tells you not to breathe into the walls?

It’s not to torture you.

Or to see how long you can hold your breath.

(Although at times it may feel this way, particularly if a kickboard zips over your head when you sneak in a couple breaths into the wall.)

Here is why such an emphasis is made on not breathing into the walls:

Let’s break down how this happens.

Dominate Your Turns By Not Breathing Into the Walls

Look, I totally get the need and temptation to breathe your brains out. Oxygen is kind of important.

When you are gasping for air in a chlorinated hot-box towards the tail end of a tough swim practice I can totally get how you are going to wanna single-stroke breathe to every side from the flags to the wall, greedily slurping down oxygen as fast and as hurriedly as you can.

But some pretty cool things happen when you master your breath control in and out of the flags. 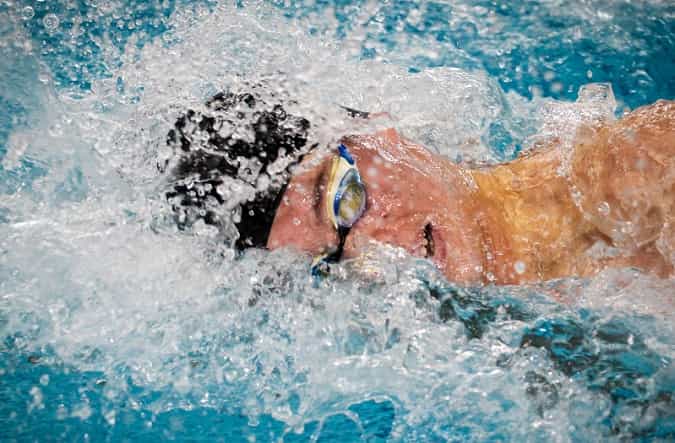 You swim all the way to the wall.

As I will elaborate on below, we inherently and naturally slow down into the walls and turns.

The wall is like a big old stop sign, and as it approaches we instinctively slow down.

Not breathing into the wall helps overcome this natural tendency. How? Because by depriving yourself of oxygen you want, no—need, you rush to get your butt through the turn and breakout as fast as possible.

You keep your head down and in proper position.

Recently I wrote a post that broke down an old swim of mine. It was a 50m freestyle, short course, and in reviewing the race I discovered that the 10m going into the first and only flip turn were the slowest of the race.

Because I was picking up my head to look for the wall and judge how many strokes I had to do. It was like throwing the parking brake while going full speed on the highway.

You rip in and out of the wall faster.

A fast turn starts with your chin tucked down into your chest. And if you have your head down and not breathing you can initiate the turn even faster.

Think about it: Most times when you cruise in the wall you take a breath, look up, and then tuck your chin and start turning.

With your head already down and tucked you have already started the turn sequence. And because your head is down, and you are going into the turn with more speed because of that awesome head position, the overall turn is faster.

Remember: The speed with which you approach the wall corresponds with how fast you rotate, and not breathing serves this purpose exceedingly well.

Sloppy breathing happens all over the place in the pool. Go watch a local team practice and you will see what I mean.

From swimmers abandoning their breathing patterns to bailing on their plans to breathe bilaterally to pulling a Sun Yang and breathing side-to-side-to-side in and out of the walls.

Not breathing into the wall teaches you to manage your oxygen intake a little bit better, while also reinforcing that you actually can hold your breath for that extra 1-2 seconds.

While it won’t magically teach you to hold that 9-stroke breathing pattern, it will give you a little confidence when you head into the territory of oxygen deprivation.

Alrighty then, you might be thinking. No breathing in and out of the walls ever again!

Start with your warm-ups and drill work and slowly make it habitual. Make it a regular part of your training.

Say what you will about Ryan Lochte and his escapades in Rio, but the guy could swim his brains out. And one of the things that Lochte consistently does in training is not breathe in and out of the walls.

Wanna know the best part about mastering this seemingly minor part of your swimming?

You will drop some serious time on the walls by just doing this one thing. And who doesn’t want themselves faster swimming with just a little bit of mental effort?

Why You Shouldn’t Breathe Into the Walls

We use cookies to ensure that we give you the best experience on our website. If you continue to use this site we will assume that you are happy with it.Ok